Dear saints in the local churches in North America,

With assurance from the Holy Spirit and based on much prayer and fellowship among the co-workers in North America, we are eager to announce a fresh, intensified move of GTCA—Gospelize, Truthize, Churchize America—in 2020 and 2021 to spread the Lord’s recovery across the United States and Canada.

Brother Witness Lee believed that in this age, God has chosen the US to be the base for the spreading of His recovery on the earth. He strongly felt that as the world’s leading nation located at the crossroads of the globe, America was raised up for the Lord’s ultimate move: the corporate living of Christ in the local churches as golden lampstands and the perfecting of the testimony of His Body to bring forth the one new man.

Throughout the 1980s, brother Lee spoke repeatedly concerning the need to propagate the Lord’s testimony in the heartland of America, including “the so-called Bible Belt from North Carolina to Arizona.” Our brother considered not only the US as a whole, but, more specifically, Middle America to be most strategic for the Lord’s interest.

In particular, the southern and central regions of the US were very much on brother Lee’s heart. He regarded these crucial areas as places open to the recovery, full of proper and promising people—godly believers and Christ-seekers—waiting to be contacted and gained. He hoped that a good number of saints would be led to migrate to many cities and states in America’s heartland, to gain a solid increase for His testimony and bring in a great blessing.

Our burden for Middle America is not new. Over the past two decades, GTCA has targeted many cities located in this area for the saints’ migration. At this time, however, there is a need for a renewed effort to strengthen the Lord’s move here for His advance in this country. Particularly, we want to gain the typical Americans (primarily those of Caucasian, African, and Hispanic descent), a new generation of college students from university campuses both large and small, as well as families in the community.

This GTCA move focuses on 10 key cities in the US. Most of these localities have an existing church that needs to be strengthened in order to become a base for propagation to nearby cities and states in the coming years. These 10 localities are:

For the present move in the US, two primary goals have been set:

As always, we strongly encourage all the saints in all the local churches to bring this burden to the Lord and respond in three main ways:

For further information, please visit gtca.us. May the Lord bless this fresh move of His to gain the people of this blessed nation and commission all His saints to pray, give, and go for the spread of the gospel of the kingdom in America.

The co-workers of the Lord’s recovery in North America

This site uses Akismet to reduce spam. Learn how your comment data is processed.

The church in Davis Meeting Hall 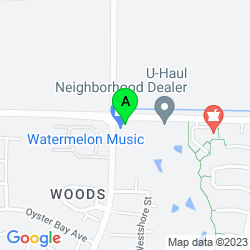